I can't be the only one. I know how to do flat odd count peyote. I even know multiple ways to do the strange turn that occurs every other row - and yet I still shy away from using it. It's really silly - because it's the best way to make symmetrical designs.

So I challenged myself to use it this week - and not just once, but three times. I didn't say it had to be three different projects though... 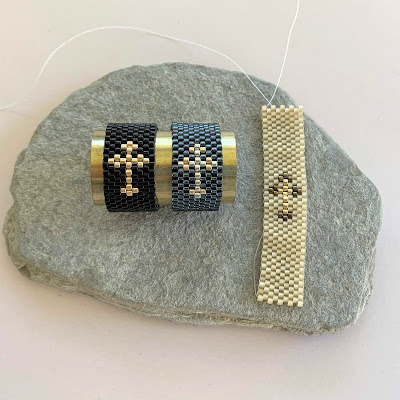 This week's project is an odd count peyote stitch ring with a cross motif.  Can you guess what the hardest part was?

Shine like the sun! This brick stitch beading reminds me of either the sun's rays or mountain tops. Of course, what it looks like will depend on the colors you choose. 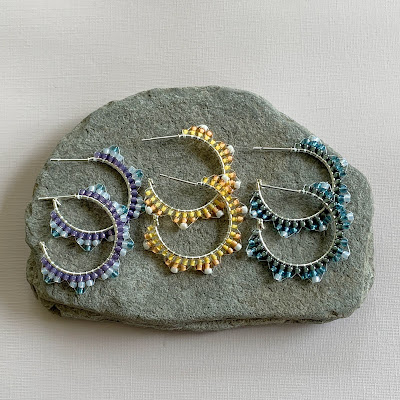 This week, I decided to start using up some of the wire hoop findings that are in my stash. I have, what by normal people standards, is a lot of them (more than 150 pairs is a lot, right?).

Anyway, this will obviously be the first of possibly multiple upcoming hoop designs. These are super easy if you know how to do brick stitch.

Did you ever make something that was destined to become one of your favorite designs, but you couldn't fathom it at the time?  That's pretty much the story of this two drop peyote heart ring. 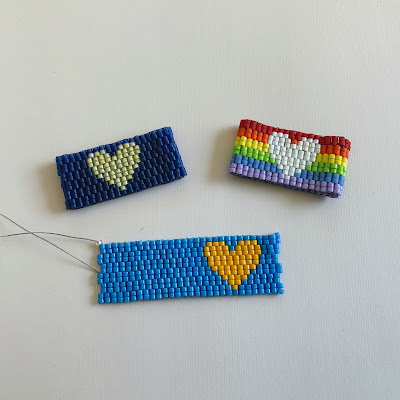 The original peyote heart ring pattern was a free tutorial that I made when I was writing for The Spruce Crafts. The peyote heart ring word chart can be found at the link at the end of the post, but is no longer available at The Spruce Crafts site, because they have been slowly removing all the great content that they used to have. (haha - me casting a little shade, but being totally honest!) The first version was regular peyote, which made the heart shape a little square. 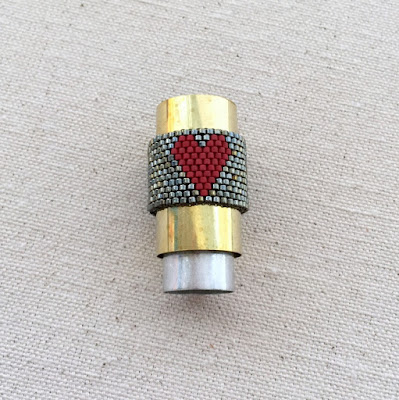 When I discovered two drop peyote, it became a little quicker to make and the heart became rounder. 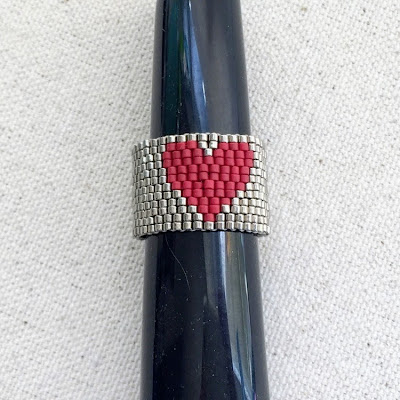