What the 1-Step Looper Does Best


After my last post comparing using the 1 step looper and traditional jewelry making pliers to make a rosary style chain, I realized the one step looper probably has some flaws that failed to surface in my test.

Thank you for your comments that made me dig a little deeper and try a few more things with the looper tool. 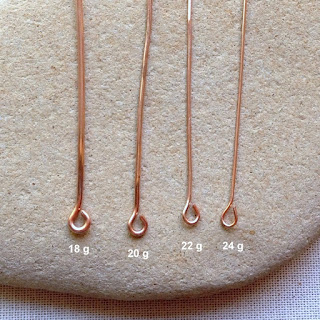 In reviews I've read of the Beadsmith 1-Step Looper Pliers , I often see that the tool failed to close the wire loops sufficiently.  But as you can see by my eye pins example above - it didn't seem to be that much of a problem for me.

To see what the looper does best, I started with the 1 step looper claims - in other words, what the BeadSmith company advertises the tool is capable of on the packaging.

Create and trim eye pins in one motion!

And if you look at my first picture - it does do exactly that - and it did it well.  I didn't do any additional forming or straightening on any of the eye pins pictured. Although a few tweaks will improve them.

BUT... The packaging also shows making a beaded dangle using the looper tool - once on the front and once on the back.  And that implies you can make bead connectors and dangles too. 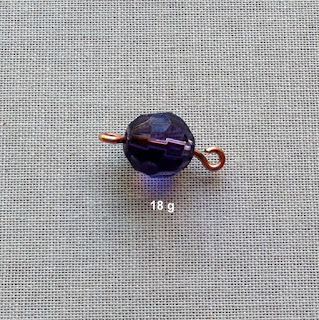 This is a bead connector made with the looper using 18g round copper wire and a 10mm faceted glass bead.  I used the headpin from the first picture - so the first loop is close to perfect - and the picture focuses on the second loop.  Also very good. 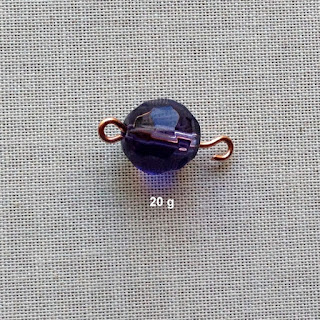 Here's the same type of glass 10mm bead - with 20g round copper wire.

Ahhhh - the loop is not closed all the way, like some other reviewer's reported.  And you can feel the difference when you are using the 1 step looper.  The wire just slips off the peg and there's really nothing you can do with the tool to fix it. Except use round nose pliers after to fix it. 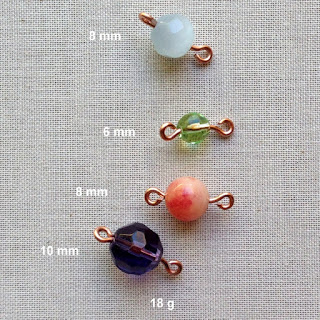 Since the 18g wire worked so well, I decided to try the 18g with other bead sizes and shapes.

It worked really well!  The loops are almost always closed and the necks holding the beads are never too too long. They are a little longer than the typical wrapper might leave them - but nothing dramatic. 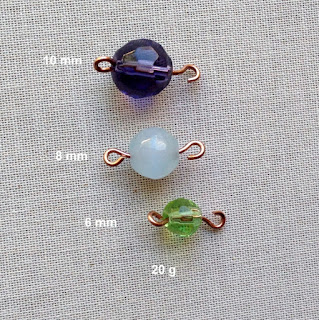 How about the 20g wire with different bead sizes?  Again - the loops just don't close - regardless of the bead size used!! The second loops are the ones on the right in the picture above. 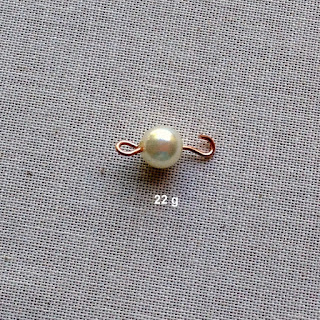 I didn't spend much time making 22g or 24g connectors because I don't think the thinner wire is strong enough for a simple loop connector.  It would probably pull apart - but as you can see above, the 1 step looper can't create a perfectly closed loop in 22g wire either. 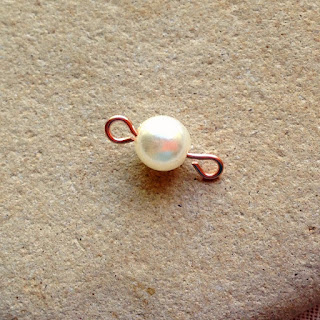 On the positive side, it is relatively easy to use round nose pliers to finsh the loop. And I love that the wire is trimmed to the right size to make the loop - something that I find frustrating to get right using the normal method to make a simple loop. 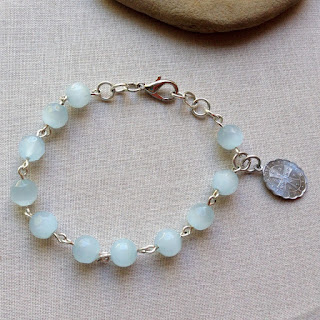 I made another rosary style bracelet - 20g round silver wire with aqua blue translucent glass beads and a religious medal. It was much easier with the 1 step looper than with pliers (for me) - and I think it's very secure.

I'm still playing and trying to decide if it's worth investing in the BeadSmith 1-Step BIG Looper.  One other issue I've read is that the cutters on the tool can get dull quickly - so I'm going to make a few more things and decide if I start to see that problem.

In the short term - I would definitely recommend the 1-Step Looper with thicker wire - 18-20g to make both eye pins and also bead connectors like those used in a rosary chain.


There's lots of ways to keep up with my free jewelry making projects. Here's a list: