Spiraling Out of Control 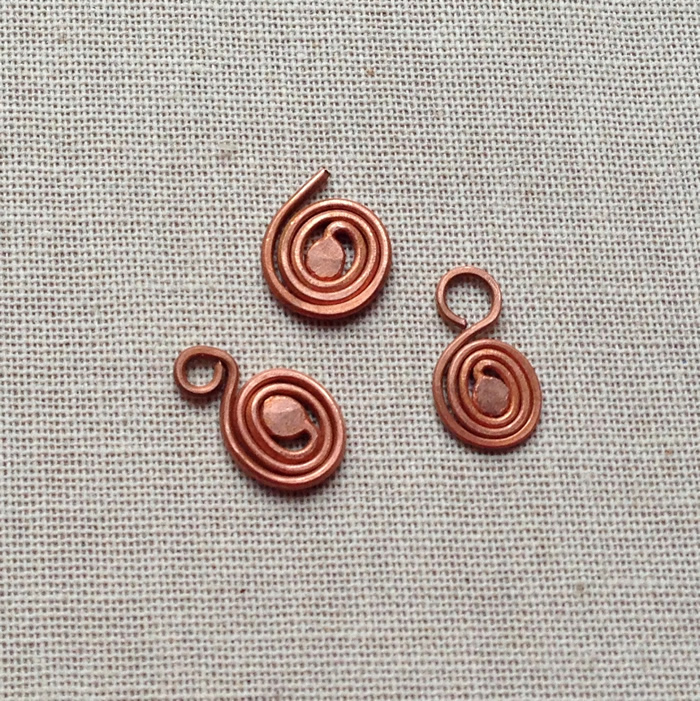 I hate to start out with technical stuff, but I get confused pretty easily.  The first thing I wanted to do it get my terminology down.

Every designer has the right to call things by whatever name they like, but when I see projects I often wonder
And I think I have the answers - at least grammatically and technically.

A spiral shape is winding in a continuous and gradually widening (or tightening) curve, either around a central point on a flat plane or about an axis to form a cone.  That is the primary definition and it is an adjective which means it describes a noun - thus you have spiral dangles, spiral charms, spiral headpins etc.

A spiral can also be a verb and a noun - but as a verb, it describes the action of creating the shape - something that shows a dramatic and continuous increase, and as a noun it is simply a shape.

What the heck is a swirl?

To swirl means to move in a twisting or spiraling pattern - it's an action (verb).  It's also used as a noun and describes a shape.

Are Spirals and a Swirls different?

Only a little, but the differentiation is important to me as a jewelry maker.

I think swirls are the start of a spiral - whether loose or tight.  They are a more of a flourish at the end of a wire - and don't define the shape as a whole.

A spiral is the shape.

Don't even get me started on a flat coil!

This one is just out there in left field, but unfortunately, there is a electrical component called a flat coil that looks suspiciously like a spiral.  And to make it more confusing, a coil by definition is a length of something wound or arranged in a spiral or sequence or rings.

But to me (and you should go back to the second paragraph in bold where the designer gets to call things like they see them) - a coil is shaped like a spring.

A Rose By Any Other Name Would Still Smell As Sweet

Yes, I pulled out a little 10th grade Shakespeare (Romeo & Juliet).  And it's true, names don't matter, it's just what things are that matters - but I'm making tight spirals today.  You can call them what you like.

That is the point of today, wasn't it?  And the good news is that so many people have covered this topic with tutorials, that all I needed to do was follow them and decide which ones I like the best.

Before reading anything though, I tried my hand at making spirals with 18-22g wire.  It's really not very hard. 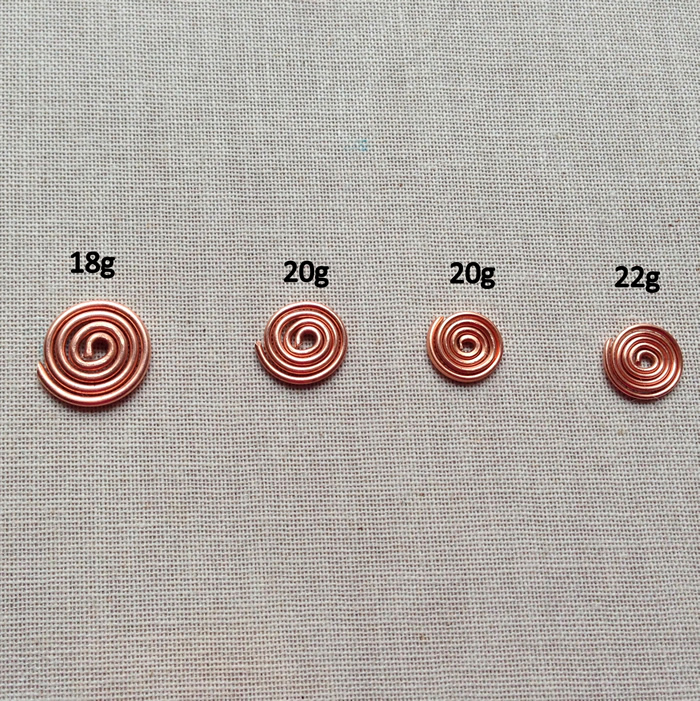 that have a super pointy round jaw and an equally slim flat jaw.  They are also handy to tuck in small wire ends or make spaces in wraps for tucking wires into.

2.  Once I made the loop, I used my flat chain nose pliers to hold the loop and bend the wire around the loop in small increments.

3.  As soon as the coil was large enough to hold, I used my fingers to both hold and to coil the wire.  Soooo much easier - no tool marks.

My tip: Since I didn't know how much wire a spiral would take, I worked directly off the coil.  To measure how much wire I used, I marked the wire with Sharpie at 3, 4 and 5 inch increments.  It turned out that I coiled to about 3 inches and would snip the wire just under 4 inches to make the loop.  For future coils, you can pre-cut the wire once you know how long it should be.

I think my spirals turned out reasonably well - but there's always something to be learned by seeing how other people do things. 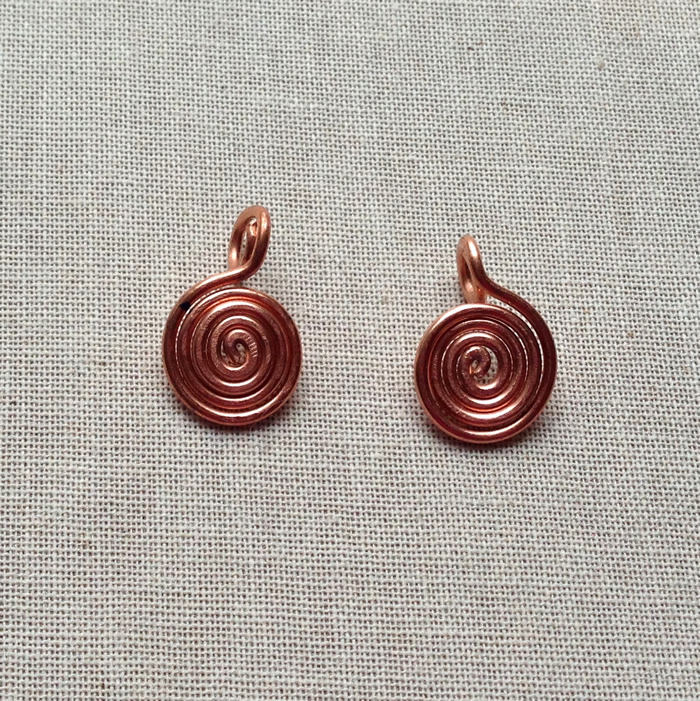 I highly recommend this free short video tutorial by Lisa Niven Kelly Perfecting the Wire Spiral on Beaducation.  She shows how to make open and closed spirals.  Things that she does that I recommend:


Here is another free tutorial to make a wire spiral that is very easy to follow  - lots of step by step pictures.

I made a Spirals and Swirls Jewelry Pinterest Board to add free tutorials and project ideas that I'll be referring to.  Check it out, if you are inspired to play with wire spirals.