Decorative knots are always handy to know for jewelry making. After all, that's pretty much the whole basis of macrame - making decorative knots in a variety of patterns with different materials.  Last month, my tutorial for The Spruce Crafts was how to make a Chinese Double Coin Knot. 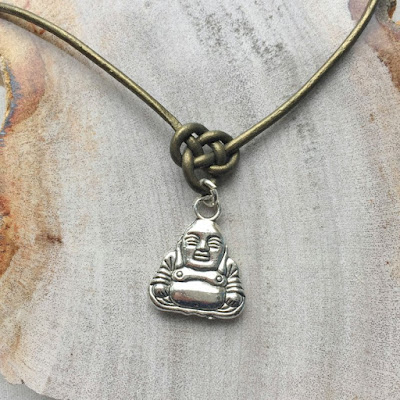 I did my research, like I always do, and wrote my tutorial - only to figure out just before my publishing deadline that the tutorial I wrote was for the very similar, almost identical, vaguely different Josephine Knot. A bit frustrating - but I still had time to re-shoot my pictures and make the deadline.  I figured since I already did the tutorial for the Jospehine Knot, I may as well share it here, as well as what the difference is.


To be fair, both knots are very similar - a graceful looping knot that can be tied for a variety of purposes using many different materials. One thing about knots, is that they are used in many different contexts.

In a practical sense, they are used to join cords, or tie something down - sailing or fishing come to mind as useful examples. But they can also be used decoratively - chinese knotting and macrame .  Of course, the knots go by different names for each of these purposes.

In any event, I won't repeat all of my exhaustive knot research, it's 'knot' that interesting (ha ha!), but to boil it all down, the Double Coin Knot and the Josephine Knot are pretty darn near the same thing - with the difference being that one is tied in the center of a cord (the double coin knot) and the other is tied using two parallel cords - in other words tying two cords together.

Here is the Double Coin Knot. 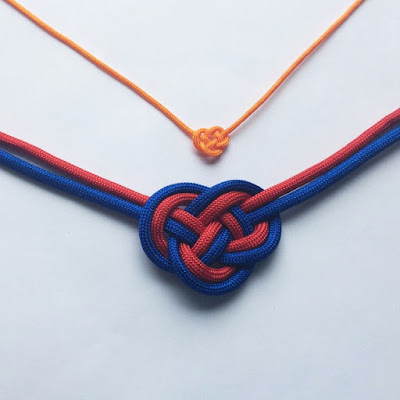 And the Josephine Knot. 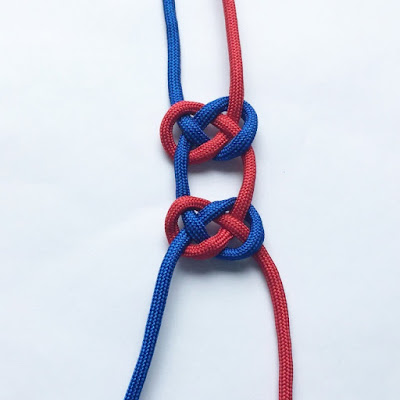 Comparing the two, you'll see that the Double Coin Knot has an extra loop in the middle - which results from tying the knot in the center of the cord.  But here's something interesting...  Use that center to hang a long pendant, and the double coin knot looks suspiciously like the Josephine knot. 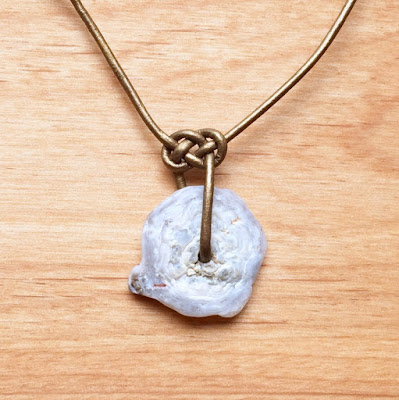 Practically speaking, the double coin knot is a great decorative knot for earrings or to hang a pendant. The Josephine knot is a good decorative knot when you are joining two cords. Both look really nice when tied using more than one cord (see the red/blue Double Coin Knot above) - not necessarily with two different color cords like the tutorial below.

To make a Josephine knot, start with two parallel cords.  Two different color cords and working with larger sized cord make learning this much easier. Also, because there's a lot of looping, having long pieces of cord make it much easier to slide the cord into the tight spaces.
.
Using the cord on the right side (red), make a loop as shown over the left (blue) cord.  I'll start off giving instructions with the side of the cord, but eventually use the colors, because the cords obviously change places. The references below to left or right is the cord's starting position. 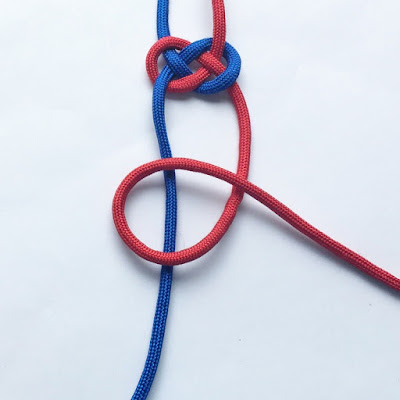 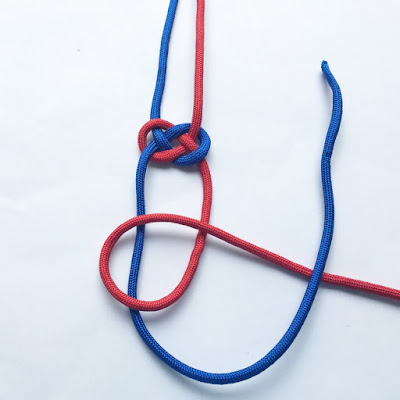 Continue looping around, bringing the blue (left cord) under the red (right) cord. 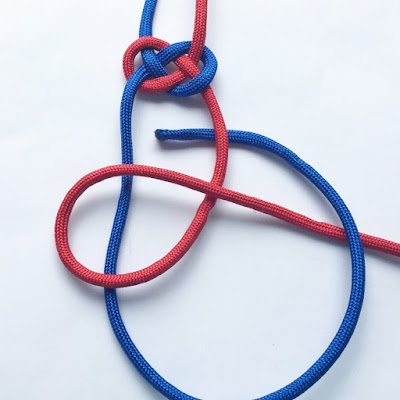 Slide the end of the blue (left) cord over the right cord loop. 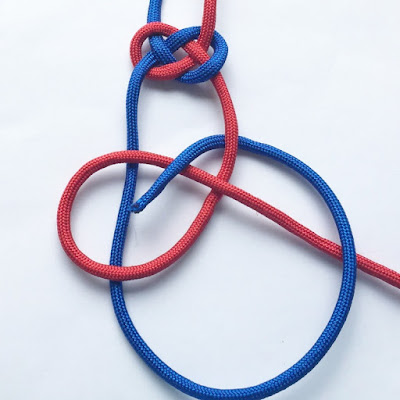 Then slide the blue (left) cord under itself. 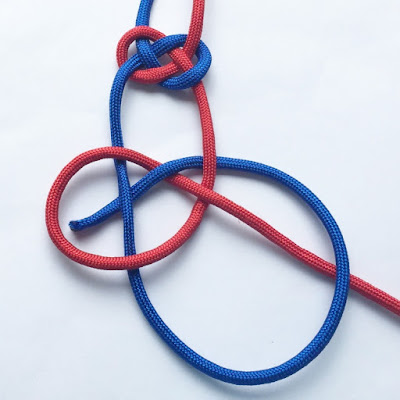 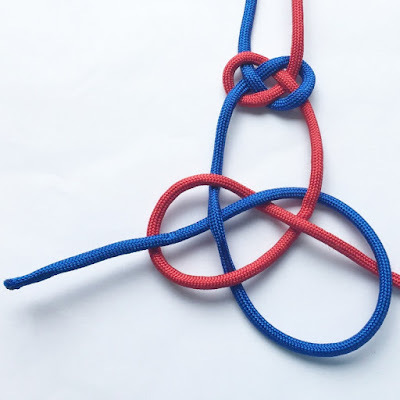 Now gently pull and arrange and finagle the loops until you have a nice even knot. This part takes more work than you would imagine. Especially since pulling on the right bottom cord tightens the left top side of the knot. It takes a little reverse thinking to get used to making adjustments.

Both of these knots work well using stiff cords with body, like leather, or even seed beads on beading wire. If the knots get pulled on a lot, they can get pulled out of shape, so they may need to have the cords glued into place.

You can keep up with my latest posts by following me on social media or signing up for emails. Sign up here.

Email ThisBlogThis!Share to TwitterShare to FacebookShare to Pinterest
Labels: macrame